The below is a guest blog post by Tina Freyburg and Lisa Garbe, authors of “Blocking the Bottleneck: Internet Shutdowns and Ownership at Election Times in Sub-Saharan Africa,” a paper analyzing the relationship between state ownership of Internet service providers (ISP), regime type, and presence of violence in seeking to explain why Internet shutdowns occur in certain situations, focusing on election periods in several countries in sub-Saharan Africa. This post is part of a new series from OTF, Research Corner, where we’ll be highlighting interesting research relevant to Internet freedom on topics such censorship, circumvention tool development, and security analysis, for example. Note that the research we feature here was not supported with OTF funding and does not constitute an endorsement of any of its findings or technologies, but is recapped here in an effort to further connect such research efforts with the broader Internet freedom community. If you'd like to see your own research featured here, send us an email at [email protected]

By Tina Freyburg & Lisa Garbe, University of St.Gallen
Authors of Blocking the Bottleneck: Internet Shutdowns and Ownership at Election Times in Sub-Saharan Africa

Between 2014 and 2016, almost a third of the national elections in sub-Saharan Africa (SSA) were accompanied by an internet shutdown. Governments justify these shutdowns by citing national security concerns and fears of the spread of fake election results. However, in fact, they fear that citizens will organize protests or expose election malfeasance. We argue in a recently published paper that whether or not a government can actually interrupt citizens’ access to the internet depends on its relationship with the telecommunications companies providing internet services on its territory.

An internet shutdown is when a government intentionally restricts public internet access for a period of time in order to limit free speech and access to information, often during elections. In newly emerged democracies or in electoral autocracies, incumbents frequently manipulate the electoral environment in their quest for re-election. The internet, in such delicate moments, can help opposition forces to overcome coordination problems by providing opportunities to expose human rights violations and facilitate the mobilization for and organization of protest. Incumbents therefore often seek to curb access to the internet, in particular to specific internet services such as social media websites.

Most individual customers connect to the internet through telecommunications companies that provide and run the internet’s physical infrastructure, so-called internet service providers (ISP). ISPs with control over the physical infrastructure can extend that control into applications and content. Eventually, a digital video can only be posted to a website in cyberspace, such as Facebook, as long as the computers remain connected to the internet. We argue that a company’s commitment to comply with a government’s request to interrupt its services is decisively determined by its ownership, notably, facilitated by state majority ownership and hindered otherwise. We therefore expect that if at least one ISP is majority-owned (i.e. at least 51%) by the state, the government has more leverage over the internet’s infrastructure and thus the capacity to block access to the internet.

Our analysis reveals that shutdowns only occur in authoritarian regimes, yet not all authoritarian rulers tamper with internet access. In six out of ten authoritarian elections that were accompanied by an internet shutdown, at least one ISP was majority-owned by the state. However, in the remaining four cases – Sudan 2015, the Republic of Congo 2016, Gabon 2016, and Uganda 2016 – no ISP was majority state-owned. How do governments without direct access to the internet’s physical infrastructure make predominantly privately-owned companies comply with their request?

The example of Uganda helps to illustrate the mechanisms at play. Uganda has no less than eight ISPs, all of which are majority-owned by foreign companies. Still, both recent national elections in 2011 and 2016 experienced large-scale internet disruptions. We suggest three ways in which the incumbent can make a private (foreign) company comply with its requests. The first mechanism speaks to the general business environment in authoritarian developing countries. Big companies seek to maintain close relationships with the government to facilitate their business affairs. MTN Uganda, one of the biggest ISPs in Uganda, is allegedly involved in massive tax evasion. Several attempts to hold MTN accountable have been unsuccessful due to loose prosecution. The second mechanism works through the board of directors. Charles Mbire, one of Uganda’s wealthiest businesspersons and major shareholder of MTN Uganda, has been chairing the company’s board for years. It looks as if the chairpersons and substantial parts of the board in many of the Ugandan ISPs are composed of local business elites with close ties to the government, even if shareholders are predominantly from abroad. These people are commonly referred to as ‘facilitators’ as they serve as channels for the government to leverage the companies’ corporate actions and strategies. The third mechanism accounts for the friendship between authoritarian rulers across borders. In cases in which the companies are (partially) run by friendly foreign governments, diplomatic channels may facilitate government control of the companies – such as in the case of Uganda Telecom Limited (UTL), which used to be majority-owned by the Libyan state-owned LAP Green until the collapse of Gaddafi’s regime.

In short, despite its allegedly decentralized nature, the internet relies on a hierarchical physical infrastructure that provides for opportunities to control and manipulate the flow of digital information and communication. The arguably most brute force method of internet control is a temporary shutdown. Yet, governments usually cannot directly disrupt internet access but rely on the willingness of ISP to halt their services. In many authoritarian countries, at least some of these ISPs are (partially) state-owned, which makes them more susceptible to state control. The Ugandan case, however, highlights that shutdowns can also occur in the absence of state ownership when private ISPs are willing to comply with a government order. The structure of private ownership is arguably complex and may serve various goals, including optimizing taxation or “blurring” accountability. It is not yet clear under which circumstances private companies comply with government requests to restrict their services. In our ongoing project, we collect data on all African ISPs and their shareholders and currently think about how to accurately measure politically motivated internet disruptions at the ISP level. In the long run, we are interested in exploring the political and economic determinants and effects of varying ISP ownership in authoritarian developing contexts.

Do you have research of your own you’d like to see featured through OTF’s Research Corner? Send us an email at [email protected] 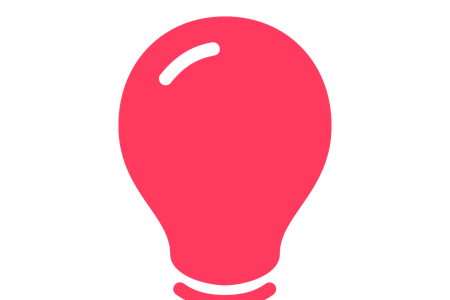 Telling the stories of projects and the results they produce