Ahead of its February 21st parliamentary elections, the Iranian government quietly deployed a second network censorship system that runs in parallel to their existing censorship infrastructure. Rather than blocking specific forbidden network communications (blacklisting), this new system instead only allows a small list of approved network communications (whitelisting). This whitelisting poses a threat to almost all existing censorship-evasion and privacy tools used by journalists and activists in the country, and due to its design, it is challenging to detect, measure, or study from outside the country. 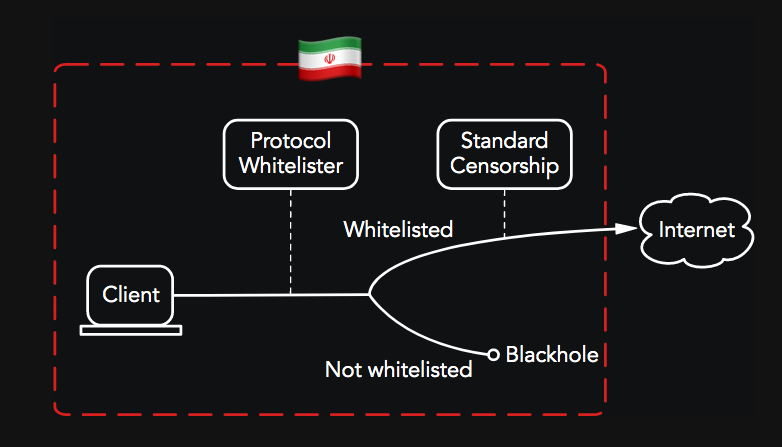 The censorship system was detected by a team at the University of Maryland, supported by OTF. They deployed an artificial intelligence (AI) algorithm, called Geneva, to learn how to defeat the new whitelister. In just two hours, their AI system had discovered three different ways to defeat the whitelister. These findings are helping tool developers and activists protect themselves as the Iranian government continues to invest in their censorship and information controls infrastructure.

Many more technical details are available in the team’s blog post: https://geneva.cs.umd.edu/posts/iran-whitelister/

More information about Geneva, including its open source software, is available at https://censorship.ai.