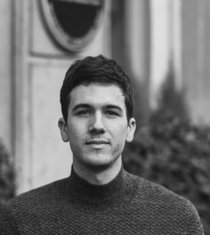 During his fellowship Valentin co-authored a paper on mobile app store censorship, with a special focus on the availability of VPN apps in China and Russia’s major mobile app stores. The paper finds that despite both countries having restrictive VPN laws, there are still many VPN apps available in Russia and only a handful in China. He summed up the findings in a blogpost for OxPol. His final report defines the Chinese and Russian models of information control and traces the export of filtering/surveillance technology and techniques to 110 countries. In the report he analyses what the resulting benefits of diffusion are for Beijing and Moscow and what impact the export of filtering/surveillance technology and techniques has on citizens across the globe. His final report was presented at the National Endowment for Democracy and in an OTF blog post. The report is available in English, Chinese, and Russian.