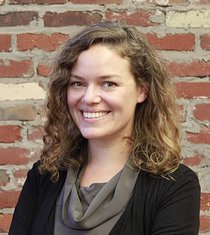 Katherine Maher is the Interim Executive Director at the Wikimedia Foundation.

Previously, Maher was the director of Strategy and Engagement for Access, worked with the World Bank to launch the Open Development Technology Alliance, acted as Program Officer for Internet Freedom projects at the National Democratic Institute, and was a founding member of the UNICEF Innovation team. She is a fellow with the Truman National Security Project, where she received the organization’s inaugural Democracy and Human Rights Initiative Research Fellowship and a member of their Cybersecurity and Middle East working groups. Her writing has appeared in Foreign Policy, The Atlantic, and the Guardian, among others.