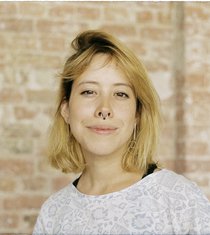 Before joining OTF, Fiona worked on transparency, civic tech and freedom of information at the Open Knowledge Foundation (OKF). At OKF, Fiona was a program manager at the Prototype Fund, where she consulted, managed and coordinated the funded projects and teams. Before that, Fiona was a community organizer for Code for Germany, and helped to build up a large civic tech network of volunteer developers.

Fiona has a background in Science and Technology Studies and she engages as an activist in various diversity and digital literacy initiatives.