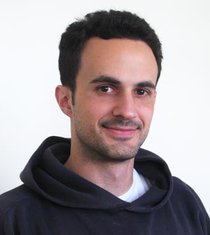 As a Senior Information Controls Fellow, Bill Marczak collaborated with the Citizen Lab to document the proliferation of commercial spyware and its use by states around the world.

Through network scanning methods he uncovered evidence of 32 countries where at least one government entity is likely using the FinFisher commercial spyware suite. He also investigated the use of the Hacking Team commercial spyware Remote Control System in South Korea. Bill was also part of a team including three OTF ICFP host organizations (The Citizen Lab, Princeton University, and UC Berkeley) that analyzed the Great Cannon – a new cyber weapon identified as co-located with the so-called “Great Firewall” on China’s national backbone. The Great Cannon was used to launch large scale distributed-denial-of-service against servers operated by advocacy group GreatFire that were used to circumvent Internet filtering in China and against the popular code repository service GitHub. Bill presented these findings at the 2015 USENIX Workshop on Free and Open Communications on the Internet (FOCI).